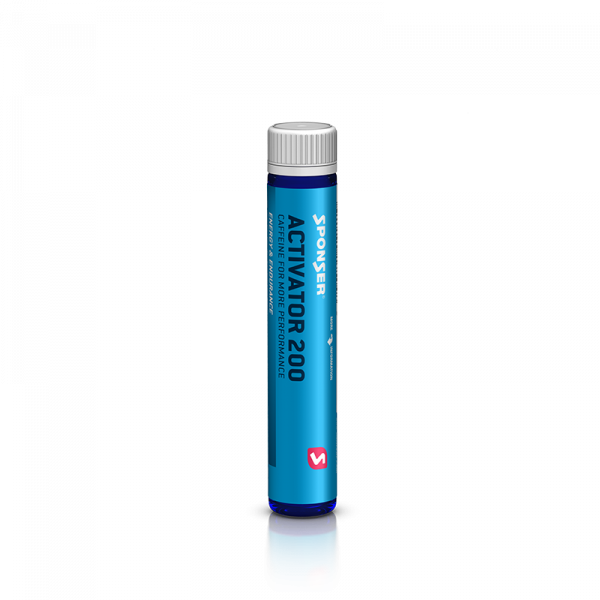 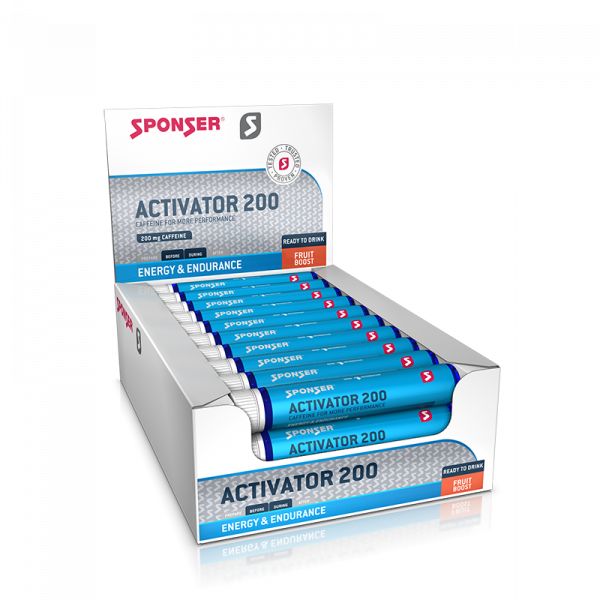 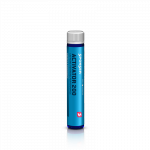 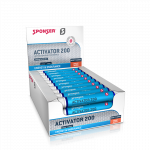 Caffeine shot with 200mg of caffeine from different sources

At work and in everyday life as a “cold espresso”, only 25 kcal

The performance-enhancing effect of caffeine has been proven many times in science. ACTIVATOR by SPONSER® is used wherever increased endurance performance as well as increased attention and concentration are required.

The shot is not only suitable for sports, but also for numerous situations in everyday life, such as at work, at university or when going out.

ACTIVATOR contains bounded and free-form caffeine from guarana, mate, green tea extract and free caffeine. In contrast to other caffeine supplements, the effect is therefore not only rapid, but also lasts for up to four hours.

Endurance athletes such as runners, bikers, cyclists, triathletes, swimmers or cross-country skiers are convinced by the immediate and lasting effect of ACTIVATOR. The effect of ACTIVATOR not only manifests itself in increased physical but also mental readiness.

A caffeine intake of about 3 mg/kg body weight approx. one hour before the desired time of action (max. 400 mg/day) is recommended. The repeated intake during a longer period of exercise (e.g. for the second half of the competition) is usually lower and should be tested during training sessions.

In the gym and with martial artists, in addition to mental readiness, increased attention and concentration are also in the foreground. The ACTIVATOR caffeine shot is preferably taken 30-60 minutes before exercise.

Footballers, handball players, floorball and ice hockey players ideally use ACTIVATOR as a caffeine shot relatively shortly before the start of the game in order to achieve the maximum effect for the later phase of a match, when endurance and concentration decline.

For increased concentration and attention (focus), smaller amounts of caffeine (approx. 75-100 mg) may often suffice. ACTIVATOR can also be taken in two portions as a low-calorie “cold espresso”.

Numerous studies confirm the performance-enhancing effect of caffeine, which has been used in sports for many decades. The optimal dosage depends on body weight and ideally 3 to 5 mg per kg body weight are recommended.

Caffeine is listed as a so-called A-supplement (most effective supplement category) by the Swiss Sports Nutrition Society (ssns.ch).

APPLICATION
Take 1 flask approx. 30 to 60 min before the intended use (training, competition, increased concentration), depending on the desired time of effect. For the best possible effect of ACTIVATOR during competitions, we recommend to limit caffeinated drinks for 2 to 3 days beforehand. Otherwise, caffeine addicts may need a slightly higher amount for the desired effect.

Adult endurance athletes benefit from the positive effect at a dosage of 3 mg/kg body weight, one hour before exercise. During long-term endurance activities, i.e. beyond three hours of activity, take an additional flask or in two servings. Caffeine only reaches its maximum effect 30 to 60 minutes after ingestion. The necessary dosage depends on body weight. Its effect lasts approx. 2 to 4 h depending on the ingested quantity and individual metabolism.

Developed in Switzerland and produced in Germany

Keep out of children’s reach.