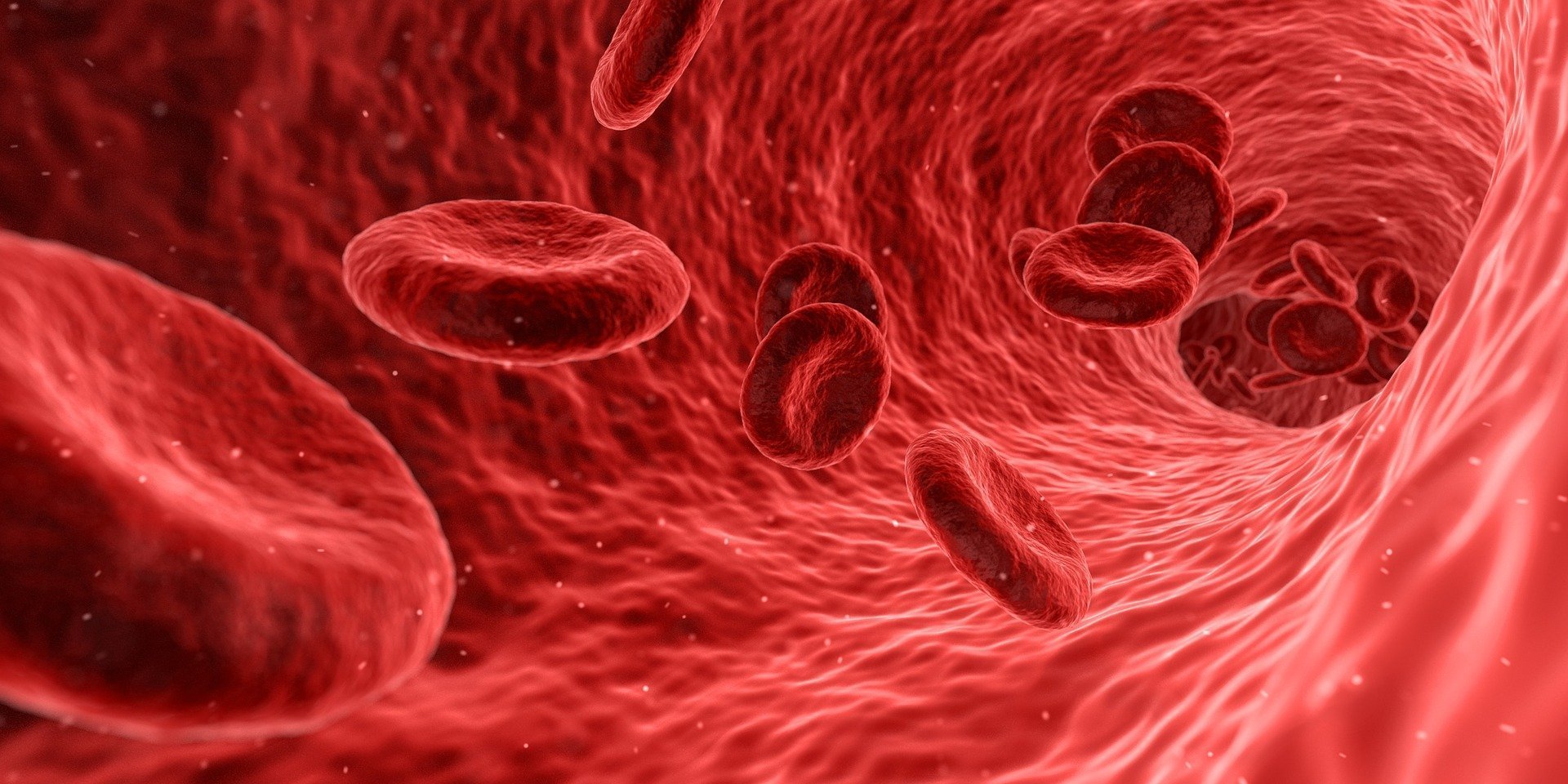 Nitric oxide (NO) is a volatile, gaseous signal molecule, produced within the body. An increased NO formation causes a blood vessel dilatation (vasodilation, vasorelaxation), resulting in improved blood flow and enhanced microcirculation. An easing of tension in blood vessels is linked with enhanced vessel diameter, yielding an increased blood circulation. It is therefore not surprising that many athletes have looked at vasodilators to embellish their performance by improving blood flow and concomitant oxygen supply. And there is scientific evidence in support, indeed.

The powerful performance increase by enhancing NO formation in the body has been shown for endurance as well as for high-intensity running bouts (1). The intake of 500 ml nitrate-rich beetroot juice (corresponding to 694 mg NO3–) during 6 days increased nitrate values in the blood from day 4 on and reduced at the same time systolic blood pressure significantly (124 vs. 132 mmHg, p<0.01). The exercise-induced gain of oxygen demand of the lungs was reduced by 19% during moderate exercise (p<0.05). Meaning that with less oxygen the same performance could be maintained, or in conclusion, with the same amount of oxygen a higher performance was achieved. This outcome is accounted for the vasodilative effect of the formed NO in the body and the concomitant improved microcirculation and oxygen supply. On day 6 of that very study a time-to-exhaustion trial at a fixed severe work rate was performed, too. The time to task failure was extended by a massive 16% from 9 min 43 sec to 11 min 15 sec (p<0.05) on average!

Follow-up studies confirmed these performance improvements with supplemental beetroot (2-7). These results suggest that NO induces an increased work load tolerance during endurance as well as during high-intensity anaerobic, lactic acid forming, sports! The potential performance benefits are also recognized by renowned institutions such as the Australian Institute of Sport, which ranges beetroot as an A-supplement: [http://www.ausport.gov.au/ais/nutrition/supplements/groupa]

Supplements to maximize NO synthesis

Maximising NO synthesis with several, also synergistically working mechanisms, in combination with the maintenance of normal blood flow, offers a unique dietetic performance and recovery support for ambitious athletes. SPONSER® has two products in this area of functional supplements.

• RED BEET VINITROX is a ready-to-drink flask with beetroot concentrate, providing 400 mg of naturally contained nitrate (NO3-), corresponding to approximately the content in 500 ml fresh juice. Besides NO3- as precursor and substrate of NO formation, the product provides also several other ingredients to facilitate NO synthesis: ViNitrox®, CFM® Nitro, the two amino acids L-arginine and L-ornithine, as well as the patented tomato extract Fruitflow in the needed dosage to maintain smooth blood flow and inhibit excessive blood platelet aggregation.

Use instructions: Minimally, take 1 flask about 3 hours pre-start, ideally another flask the evening or 6 hours before, depending on your starting time. In some studies intake was even advised during 4-6 days pre-race.

• NITROFLOW PERFORMANCE2 is intentionally formulated without nitrate as a NO precursor. In contrast, it comprises a very innovative combination of multiple and various polyphenol-rich plant extracts, such as Montmorency tart cherry and New Zealand blackcurrant, both of which already several times clinically tested and proven on athletes. The incorporated plant extracts provide the body with precious polyphenols, whose antioxidative function protects cells during exercise, increases mitochondrial efficiency (fatty acid oxidation), and activate NO synthesis. The formulation is completed with L-citrulline and Fruitflow.

Use instructions: 1 sachet daily during about 5 days, about 3 h pre-start, and optimally 1 to 2 days after race.

Combination of both products

In praxis, both products can be combined for maximal efficacy. However, if gastrointestinal problems occur with the concentrated beetroot juice, the ingestion of RED BEET VINITROX at 3 hours pre-start should be omitted. Instead, try to take 2 times 1 flask on the pre-race day.

Obviously, in strength sports the acute intake makes most sense for both products, prior to resistance exercise. This corresponds usually in several times’ intake during a week.

As outlined in the whole article the products should not be taken permanently, but purposefully prior to competitions or during intense and wasting training weeks. This proceeding will support your performance as well as recovery, without affecting training-induced stress adaptations of the body.